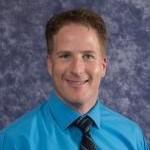 Volunteering also allows Jeff to learn a lot about himself while having the privilege of helping others. But most of all, he volunteers because it connects him to a worthwhile cause and the community of people for whom that cause supports. Jeff believes that giving to others brings many wonderful returns, which invigorates his spirit and allows him to continue to give more.

Volunteering with WMPMI for the past five years has been no exception. The people Jeff has met and worked with have influenced his work and his life for the better. In many ways, WMPMI has become much like a playground for him where inspiration, enthusiasm, ideas, people, and effort combine to further PMI’s mission to promote the project management profession. This not only benefits the project management profession and those who practice it, but it also helps to ensure that there are people capable of embracing and facilitating the enormous changes that society, as a whole, is experiencing.

In addition to being a PMP® certified project manager, Jeff is a FLOW Certified Trainer and Professional and a Certified Scrum Master. He earned his BA in Communication Studies from the University of Nevada, Las Vegas in 1996 and a Master’s Certificate in IS/IT project management from Villanova University in 2012. And, most recently, in October 2017, he graduated from PMI’s Leadership Master Class.

Jeff resides in Jenison, Michigan, with his wife, Vonnee, their daughters, Lily and Kali, and their dog, Mabel.